Rhode Island is the country’s smallest state, just 48 miles long and 37 miles wide. It was nicknamed the Ocean State in the 1970s because its squiggly shoreline in the south runs 400 glorious miles along Narragansett Bay, which features 21 working lighthouses. It’s not actually an island, but its territory includes between 40 and 108 islands, depending on who’s counting.

Everyone in “Little Rhody” lives no more than half an hour to the sea, so the community’s widespread love of sailing comes as no surprise. Newport, where lavish Gilded Age mansions still stand, likes to call itself the “Sailing Capital of the World.” Unsurprisingly, the city hosted the America’s Cup for over a decade, and the U.S. Navy still trains here.

A state with a flavor all its own, Rhode Islanders prefer their food and drink the Rhode Island way. They take their clam chowder “clear,” and the official state drink is “coffee milk,” made since the 1930s by mixing coffee flavored syrup into milk. The favorite summer treat is Del’s Frozen Lemonade, sold all over the state and brought here in the 40s by an Italian immigrant.

It was on the banks of the Blackstone River that thread was first commercially produced in this country, making domestic textile mills possible. Quiltfolk honored the centuries of Rhode Island quilting by seeking out some of the state’s oldest quilts as well as its most dramatic, newest ones.

The state motto is simply “Hope.” And we at Quiltfolk hope that you’ll be as dazzled as we were by the grand landscapes and remarkable quilts we saw.

Photographers for this Issue : Melanie Zacek and Jennifer Bakos Photography 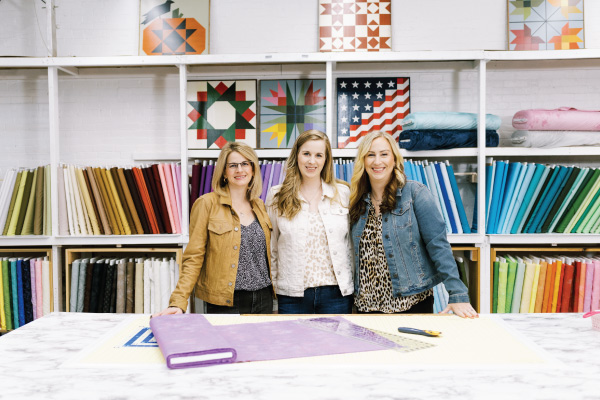 January 22, 2022 was the opening day for a brand-new quilt shop in Lincoln, owned by three sisters. Why did these siblings open a new shop? Well, because the only other fabric store in town closed, and these three young, modern entrepreneurs just had to do something about the loss of a beloved store. That decision led them on a whole new adventure. 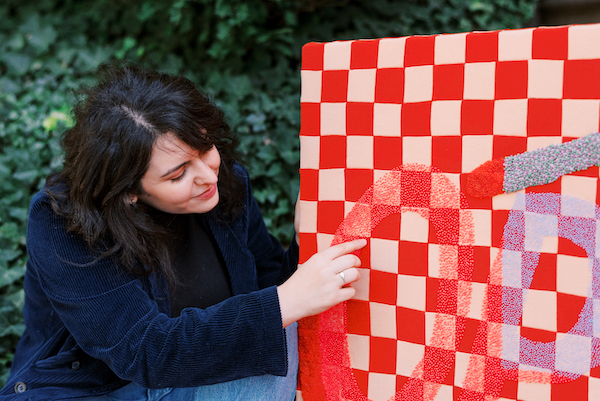 This young textile artist has a deep appreciation for very old traditions such as beading and hand embroidery. Her art is definitely modern, inventive, and edgy, but on some of these contemporary pieces, you will find either thousands of hand stitched beads or hours and hours of intricate hand-embroidery. An Art Deco quilt stands out among the centuries of art and antiques inside one of Newport’s most interesting homes. It is thoroughly modern and all black, and this chic style is a perfect fit for its historical owner—a modern woman grounded in tradition. 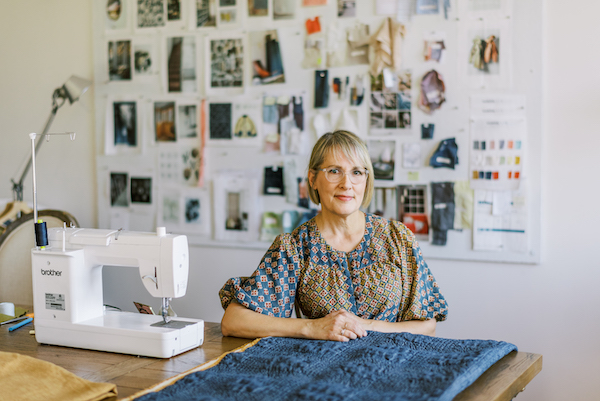 Claudia Middendorf loves making heirloom quilts that are meant to be passed down through generations. She imbues each one with beauty and function alike, and she draws inspiration from her travels, training, and everyday surroundings. Every Quilt Tells a Story

The Quiltfolk crew was invited to the University of Rhode Island to view eight quilts chosen for a short documentary titled Every Quilt Tells a Story. Linda Welters, who is director of the collection and a professor here, said the video will be shown in textile history classes, but the bigger audience she intends for the video is “the general public, anyone interested in textiles.” 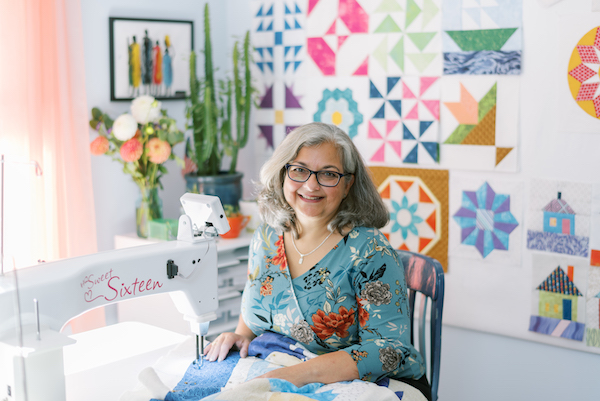 Tina Craig has always found friendship, support, and inspiration in the quilting community, which is just one of the reasons she’s a member of multiple guilds and loves traveling to teach and to lecture. For over four decades, the Narragansett Bay Quilters’ Association has offered a robust menu of programs and events that appeal to aspiring and long-time quilters, as well as art enthusiasts, and local community members. For years, John Chamberlin used quilt block patterns to inspire the unique ceramic tiles he made for kitchens, bathrooms, and fireplaces. So he always knew he wanted to try quilting at some point in his life. At age 70, he jumped in! To date, he has made over 120 quilts, donating most of them to Child Family Services of Rhode Island. Katy Williams-O’Donnell and the Mystery Blocks

Sometimes, it takes detective work to extract the secret histories of old quilts, and in Katy Williams-O’Donnell’s case, she only had a handful of blocks to examine. As a graduate student at the University of Rhode Island, she spent several years solving mysteries about a quilt made with exquisite silks, satins, and velvets. She showed Quiltfolk the tools she used and what she discovered about these mysterious blocks. Many states have completed quilt documentation projects, but it’s rare for them to spring from universities. The Rhode Island project was born in a classroom at the University of Rhode Island, and professor Linda Welters led it to completion, inviting her students to write many of the essays that appear in a book about the project. Quiltfolk followed Linda from the classrooms in Kingston to her charming cottage in Newport, where we learned she loves to make quilts reflective of her state’s traditions. In 1789, a 21-year-old British man, disguised as a farmer, boarded a ship for the American colonies. He carried with him an industrial secret—how to make and use a water-powered machine to spin cotton into thread. That man, Samuel Slater, wound up in Pawtucket, Rhode Island, where local investors backed his efforts to build a small mill next to the Blackstone River. When that mill opened in 1793, its machines were operated by children. Come with Quiltfolk to the place where the Industrial Revolution began in America. 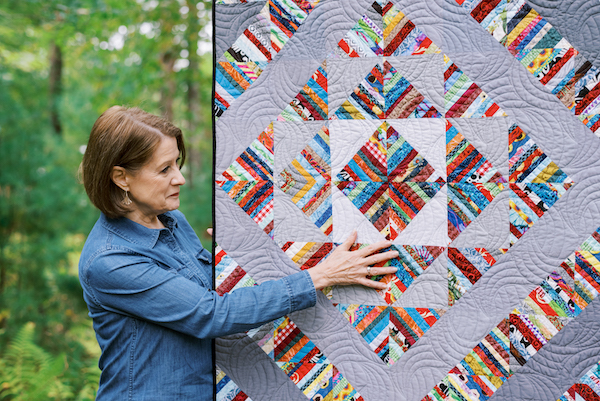 Pat Harrison views quilts from multiple perspectives. She’s a quilter, a teacher, a longarmer, and a certified quilt judge. Whether she’s applying her expertise to evaluating show quilts or teaching her granddaughter how to quilt at “Grammy Camp,” her understanding of quilts is many-layered. 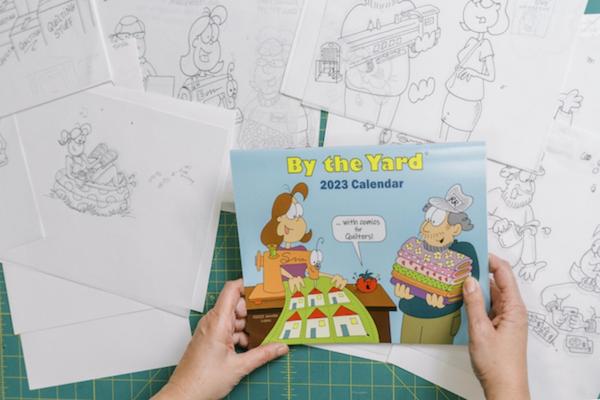 Jennifer Lopez - By The Yard

Jennifer Lopez is a quilter and the author of the self-published web comic “By The Yard” through which she celebrates the lives of ‘makers’ everywhere. In her own words, read about her quilting journey and how “creative people just tend to find each other!” “Can you teach me to sew?” Stitchery, a small shop in Portsmouth, got its start all because people were repeatedly asking owner, Karen Katin, this question. The shop has a fleet of sewing machines, and Karen teaches makers of all ages to sew, quilt, and hand embroider. Tracy Stilwell has never been one for rules. Whether making quilts, mixed-media portraits, or paintings, she follows her own path. A quick stroll around her Rhode Island home and garden offers a glimpse into this creative visionary’s varied and always interesting art. 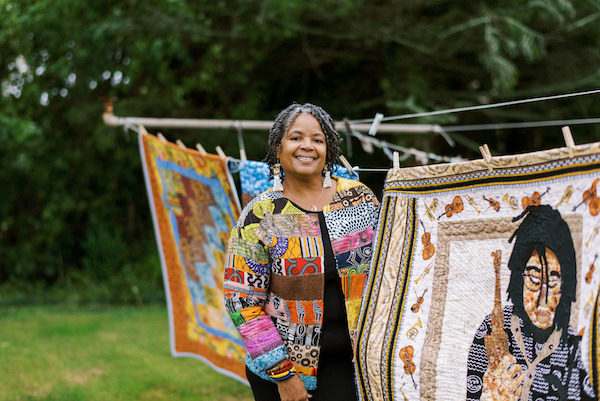 An educator, quilter, and community servant, Veronica Mays has spent the past three years focusing full time on her decades-long quilting practice. Learn more about this fourth-generation Rhode Islander and how she bridges her love of fabric and people to impact everyone she touches. 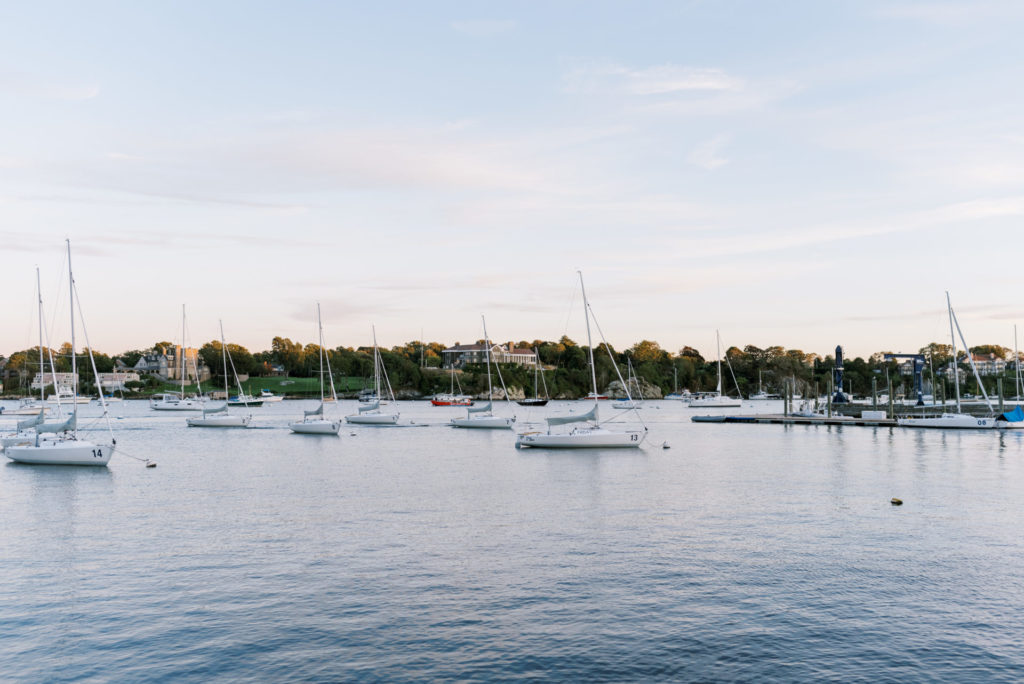 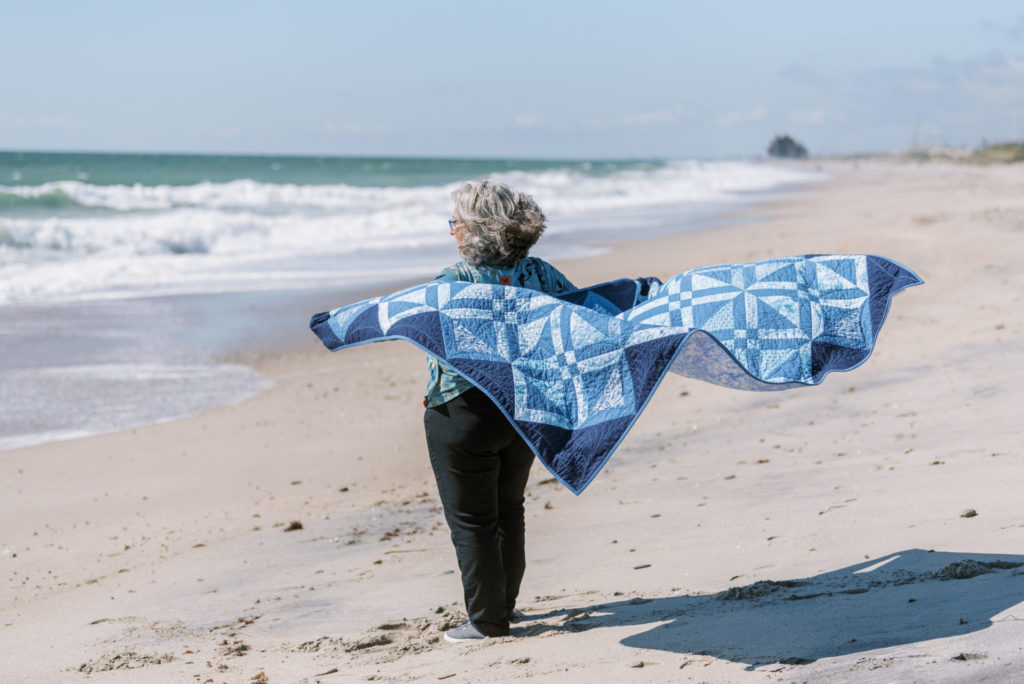